Mining in the Zaleski State Forest and Surrounding areas flourished from the late 19th century to the early 20th century.  Much of this mining had taken place before the Ohio Chief Inspector of Mines required a map of the underground excavations. These maps were later required by the state to keep an accurate record of abandoned mines. Mines that shut down prior to the requirement were usually not mapped. The Ohio Department of Natural Resources has mines mapped near the Vinton Athens County line that are quite large, but this is only a fraction of all the underground mines in the area, that are not mapped. 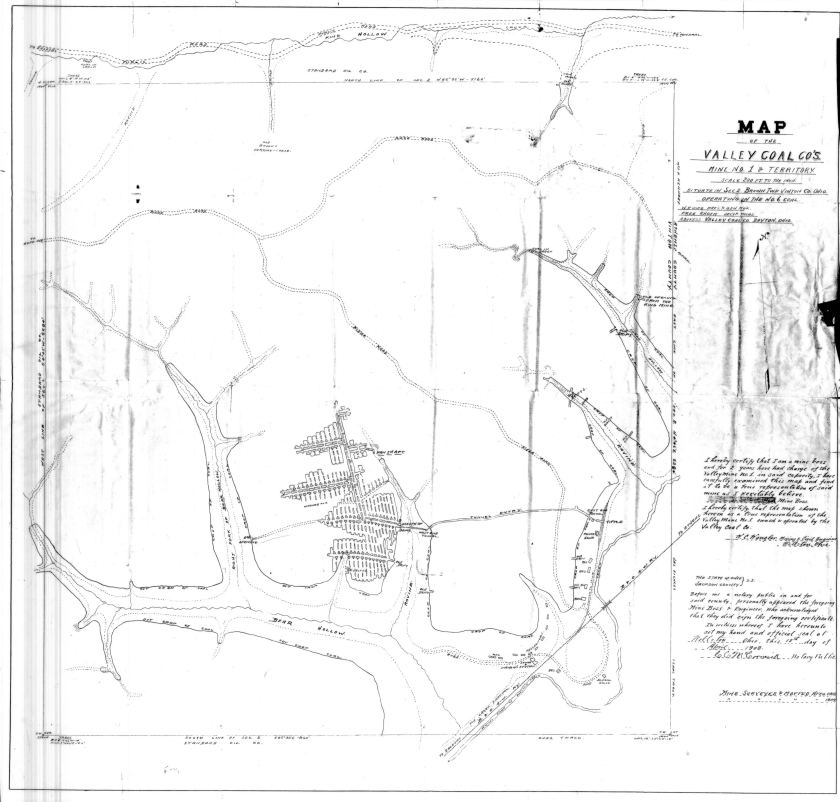 By overlaying an image at the elevation of the coal seam, 740 feet, the potential area for mining can be seen, where the satellite imagery is. There is no coal present in the blue area. All of the coal is above drainage, so drift mine openings were used to access the seam.

Many drift mines openings can be found off the trails throughout the forest, mapped is the approximate location of 6 drift openings, 5 of which are unknown to ODNR, according to their Mines of Ohio program. No map is available for the excavations of these mines, but an approximation can be made from the location of the openings and coal seam.

Since the mining operations halted so long ago, the drifts are all collapsed. This makes them inaccessible to people, but does not solve other problems associated with the mines. Even if the entrances are sealed, later collapses and erosion in the valleys will open them back up, and as the pillars in the mine collapse over time, sink holes may appear where the mining is close to the surface, making the mines accessible again. This particular drift had a steady stream flowing out of it, likely very acidic water that pollutes the area. 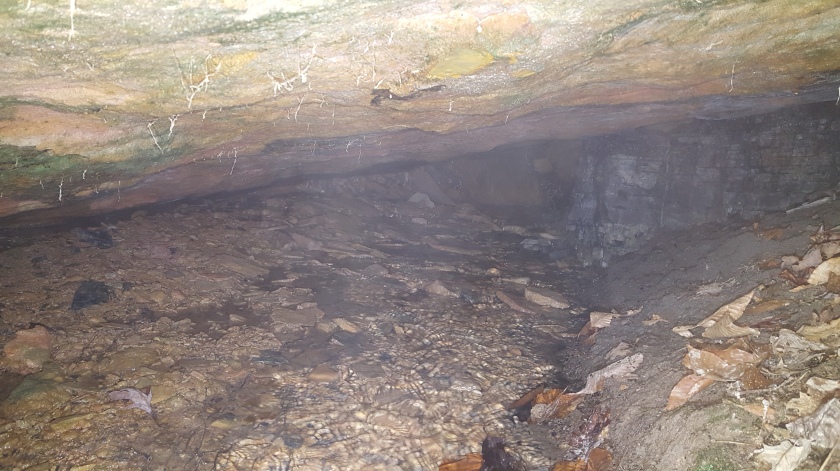 Including the mines mapped by ODNR, the potential extent of the underground mines are much greater than the program suggests, as it is missing many drifts and mines abandoned before the mapping requirement. The only way to find these is by hiking many miles and keeping an eye out for what looks like remnants of mining.

It does not appear that there are any homes above the abandoned mines, but the full extent of the mines is unknown, and nearly impossible to calculate. This makes these lower risk mines, although many hiking trails pass over the area, so collapses pose a threat to hikers. With the amount of acid water draining out of the mines, remediation may be considered in the future, but full remediation is impossible without knowing the true extent of the mines. This is only one of the thousands of abandoned mine problems in Ohio, many unknown, that will come back with more severity later.

An abandoned mine entrance in Lawrence County with a concrete portal. The mine is immediately collapsed inside. 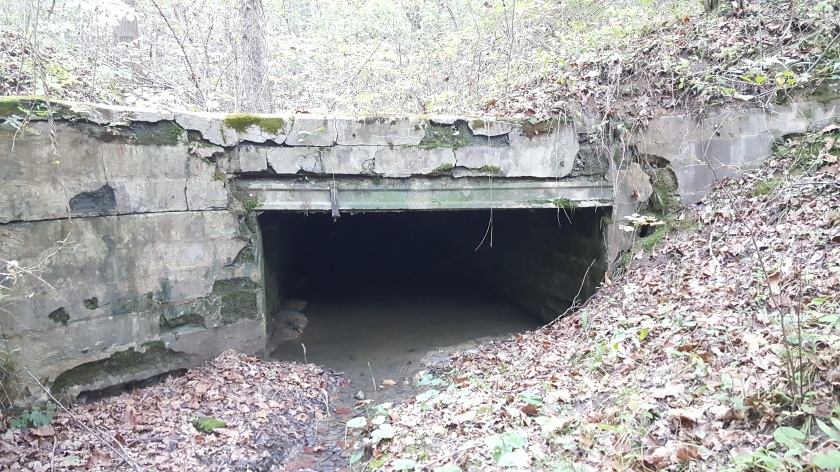 Another mine in northern Vinton County, this one likely shut down in the early 1960’s, and appears to be in great condition for its age.

A sealed drift opening in Vinton County. Right off Route 278, this one caught the states attention and was sealed due to its high risk location and size. 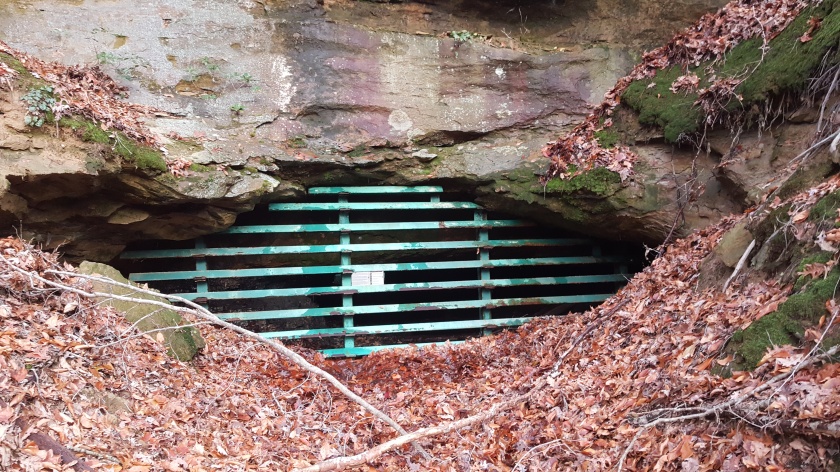 Subsidence from an abandoned underground mine in Nelsonville, Ohio.

A nearly filled drift opening in Vinton County. After so many years of leaves falling in the entrance to the mine, the have almost completely blocked it off.

A refuse pile of coal left behind from mining that halted in the 1940’s in Lawrence County. 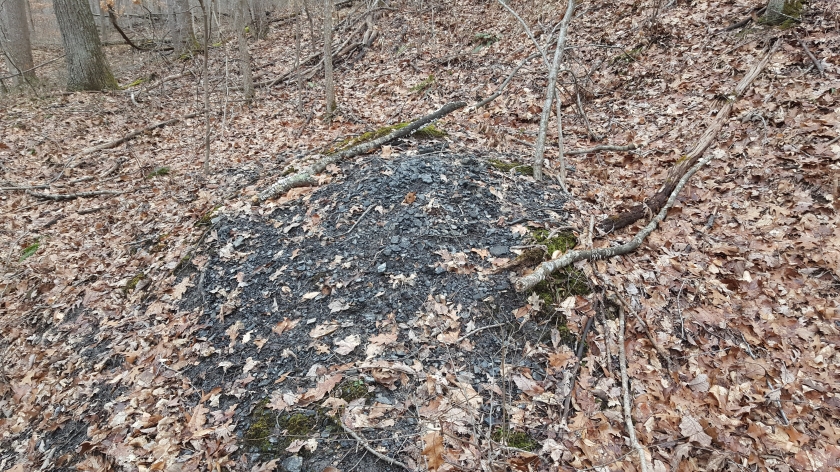 A collapsed drift opening in Lawrence county, part of a very large network of underground mines and tunnels in Wayne National Forest.